The Magic of Podcasting Is in Storytelling

Before books and before drawings on cave walls, there were stories. Stories of the human struggle—maybe heroic stories, personal trials, or business successes and failures that draw in listeners. When someone says they have a story to tell, others grow quiet, shift their gaze to the storyteller, and wait for what comes next. It’s a natural yearning to hear something that hasn’t been shared very often. Take a look at this story:

“Sitting on the upper deck of a double-decker bus in London, the driver negotiated traffic not far from Trafalgar Square. It was summer, with the usual summer noises and horns honking. There were only a few people on the upper deck when the bus pulled over, and a couple of bobbies came up the back stairs and began searching the seating area. They examined a seat across the aisle behind me and one seat past a friend that was traveling with me when one of them said, ‘Here it is. And it came in the window there,’ which was just behind me. It was a bullet. ‘It’s your lucky day,’ the bobbie said to me.”

I survived because the shooter didn’t lead the target (me) enough. and that story never fails to amuse when I tell it.  Or, how about this:

“It was a birthday party, if I remember correctly, for a friend of my wife’s in Encino, California. We got to the party a little late, and most of the guests were already there. Kids were running all over the place on this warm Sunday afternoon in September, and we didn’t know anyone except the host. My wife, as wives do, carried a dish into the kitchen and immediately struck up conversations with three women she didn’t know all at the same time.

I looked about, and in the corner was a man in his late 70s, maybe older. Grayish white hair, sitting alone, just watching the kids. Taking the seat next to him, I struck up a conversation. It turned out that while he was one of Hollywood’s better-known directors, he was the grandfather of every child in the room. We talked about cars (his wife wouldn’t let him buy a Rolls Royce that Fred Astaire was selling), movies and television specials he’d made, and people he’d met. In the coming years, we went to other family gatherings. During one, I always sought out the interesting William Self, the television and movie producer. He seemed to welcome my company; people say I am a good listener.”

Yes, each of us has a thousand similar stories. Since getting into the business of producing podcasts, I have found that podcasting and broadcasting, in general, are a natural medium for storytellers.

On a recent podcast on the Funnel Radio Channel, five of us discussed the importance of storytelling in radio podcasting.  We know instinctively that anecdotes fuel conversation, and Darryl Praill, CMO of VanillaSoft and the host of INSIDE Inside Sales, talked about how the beginning of each of his podcasts generally starts with a personal story of his own. He then explained how that story is interwoven with the interview of his guest.

Jeanne Hopkins, CMO of Lola.com, talked about her podcast, Table Fries, where she interviews the women in her company. Jeanne says she doesn’t tell stories herself. Instead, she likes hearing the stories of the women in the company: how they came to be a part of Lola, what they’re doing now, and what they want to accomplish.

Susan Finch the VP of Operations at the Funnel Radio Channel talked about the joy of storytelling and its impact on the listener and the storyteller. Susan has been involved in several thousand podcasts on the channel and she said that in the process of telling a story the storyteller becomes animated and it becomes something the audience follows and enjoys.

Podcasts, it seems, are a natural medium for not only celebrities and actors but also real people to tell their stories about themselves and their companies. Guests are asked about their struggles and successes, how they solved a business problem, and any skirmishes and scuffles they experienced as they grew in their jobs.

There is something about two people brought together in a podcast, maybe separated by hundreds or thousands of miles, who discuss the problems and challenges of the day. When these thoughts are shared with thousands of others who seek to know how to overcome their own tests, it becomes personal for everyone.

While many people hope their podcast will relate to people—maybe establish their own thought leadership or enhance their personal brand or the brand of the company—most of them realize after they get into it that it’s all about storytelling.  It’s personal and compelling, sometimes humorous, and often entertaining, but seldom dull.

Today, there are official storytellers employed by companies to promote the art of storytelling in business. Some courses and workshops teach people what they already know deep down inside: people thrive on stories.

In business, old salespeople have taught young salespeople that the secret to success as a salesperson is the ability to tell a credible story about themselves or maybe about their products and services. And now, young marketers are finding out that podcasts are a natural medium for them and their companies. 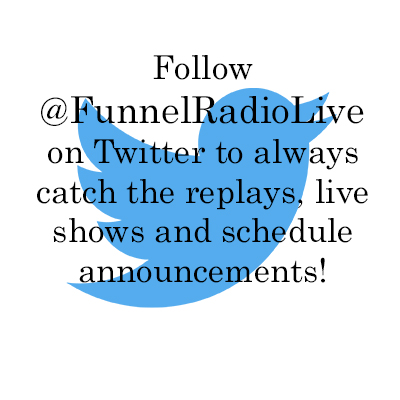